Shop Till You Drop in Jeddah! 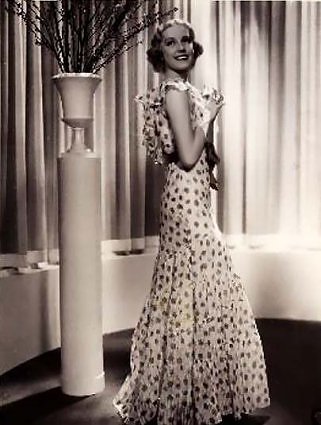 For those of you who don’t know it, Jeddah is a shopper’s paradise! Reputed to have over 90 shopping centres (or “malls”, as they are commonly known), with new locations currently under construction, it is a popular destination for Saudis and expats alike, as well as for the millions of pilgrims arriving in the city each year to visit Mecca. A bustling commercial centre located on the Red Sea coast, Jeddah boasts a population of approximately 3.2 million. It’s no wonder, then, that shopping is so popular in a country where cinemas, theatres and discotheques have no place. From wealthy designer goods to everyday high street stores (and everything in-between), Jeddah has it all! With so much retail choice, however, it can be difficult to know exactly where to go for the best shopping experience. Naturally, having only lived in the city for eight months, I still have some way to go before I can claim to have visited even a significant proportion of Jeddah’s malls. But I’m certainly doing my best to fit as much “exploring” as I can into my busy schedule and I’d like to share my experiences with you.

Two of the biggest shopping centres are the Red Sea Mall and the Mall of Arabia, the latter being one of my favourites. To give you an idea of their size, let’s just say that the Red Sea Mall has 18 entrances, 4000 parking spaces and three floors of shops, restaurants and entertainment facilities, as well as a 5-star hotel and 7-storey office building attached to it. My favourite stores here are the Virgin Megastore and the Danube hypermarket, which has a great selection of non-food items as well as a good range of international foods on offer. The Mall of Arabia, meanwhile, is Jeddah’s largest shopping centre with 330 stores and three floors of shops, restaurants and entertainment facilities including an ice skating rink. Being one of the newer developments, it is modern and light and easy to get around due to its circular design. It is also home to a few of my favourite shops, such as Boots the Chemist (the only one I know of in Jeddah!), Ziddy (kids clothing), Desigual (kids and adults designer clothing from Spain) and Gap Kids.

Being so big, both of these shopping centres have the advantage of remaining open between 1 P.M. and 5 P.M. (most shops in Saudi Arabia being closed between these times). It is fair to say, however, that only the larger stores within these centres will remain open during this time, the smaller ones reopening at 5 P.M. On a smaller scale, Stars Avenue is a wonderful discovery only five minutes away from our home. Whilst a number of its stores are a little out of my price range (Saks Fifth Avenue, for one!), it does have a few decent-priced stores such as Mango and New Look and recently opened a new branch of Manuel, one of my favourite supermarkets which has a very good selection of imported European foods. Goodies, the Lebanese chain of restaurants/delicatessens, also deserves a special mention for its quality food at reasonable prices, as does Little Book for its selection of English-language children’s books.

Another recent discovery is the newly completed Haifa Mall. When I visited it about three months ago, it was so new that only two-thirds of the stores had opened for business. What struck me most about the place – other than the smell of disinfectant and its resemblance to the Mall of Arabia (having been developed by the same company) – was the selection of shops and facilities. There were a number of stores that I had rarely or never come across before in Jeddah, such as F&F (Tesco’s first clothing store in Saudi Arabia), and a Billy Beez soft playground for kids, the first of its kind in Saudi Arabia. Conveniently located on one floor, this place definitely deserves another visit! For something totally different, you could head downtown to the Balad district, where the real hustle and bustle is to be found. It can be extremely busy here, however, so mornings may be a good option as they are generally quieter. The Corniche Commercial Center is made up of many small shops selling a wide range of products from perfumes to electronics and souvenirs. Unlike some of the other, more upmarket shopping centres, it is a good place to purchase gifts to bring back home such as Saudi t-shirts and mugs. Bargains can also be had in the shoe department and there is a great Star supermarket selling a wide range of Filipino foods as well as non-food items.

Naturally, this is just a small selection of what I believe Jeddah has to offer in terms of ‘retail therapy’. There are, however, many more places to recommend in this cultural melting pot… but this would require another article or two at the very least. Watch this space!